Do defensive acts amount to vigilantism? 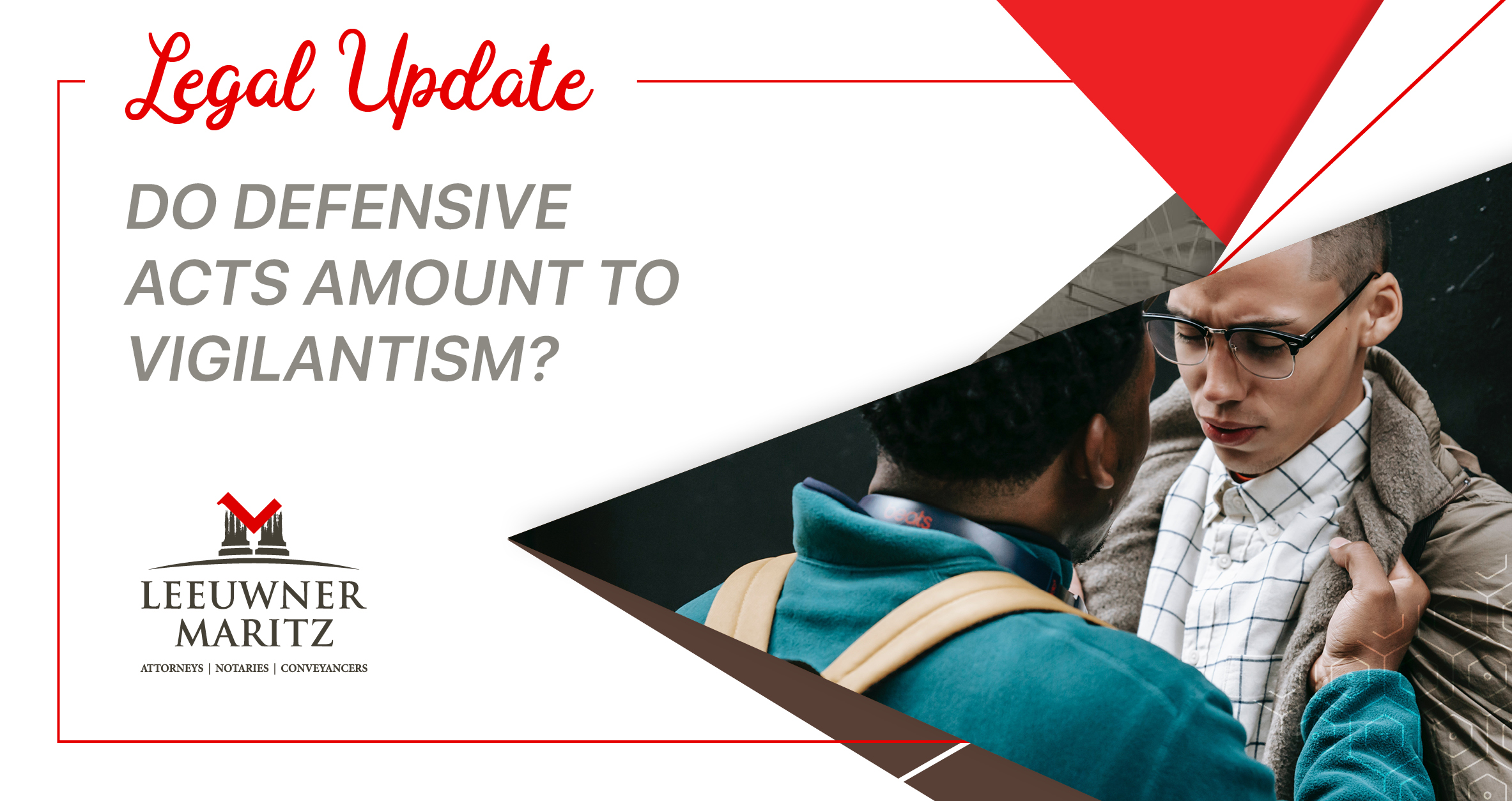 Violent crime statistics in South Africa are alarming, and the level of violence associated with these crimes is worrying. Property owners have resorted to fighting fire with fire against their assailants.

This article is aimed at establishing what the legal position is if one finds oneself under attack and fights back.

The right to act in private defence is subsidiary in nature. It takes effect only when the state is not there to protect a particular person.

In legal literature, two theories for the existence of private defence have been identified.

The second theory relating to the existence of private defence is the upholding-of-justice theory. The idea underlying this theory is that people acting in private defence perform acts whereby they assist in upholding the legal order.

People acting in private defence protect not only themselves but also the entire legal order. They act in place of the authorities (the state or the police), because it is practically impossible for the police to always protect all people in all places.

For private defence to be justifiable, the attack needs to be-

Requirements of the defensive action-

At some point, we find ourselves being unlawfully attacked by ruthless elements. These attacks happen unexpectedly without any warning.

Although the attack must be unlawful, it need not necessarily be directed against the defender. One can act in private defence also in defence of a third party.

Looking at the two reasons for the existence of private defence, namely the notions of individual protection and that of the upholding of justice, the reasons for the existence of the various requirements for a valid reliance on this ground for justification becomes clearer, and it also becomes easier to answer certain questions that come to the fore in borderline-cases relating to this ground of justification.